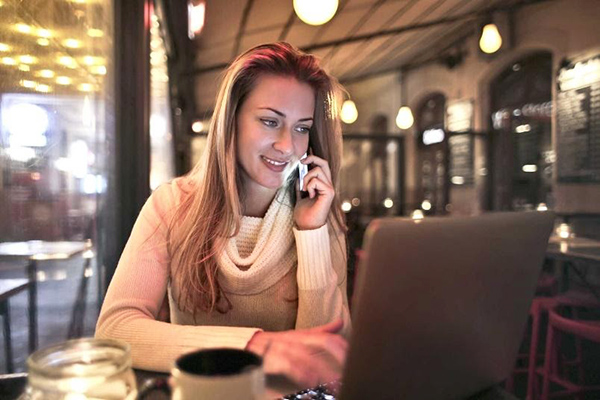 If you’re looking for something different, somewhere you can hang with celebs one minute and your mates the next then check into the Clubhouse?

Somewhere you can network with people in the same industry across the world or meet local people with similar interests then maybe Clubhouse is for you – the new FOMO inducing social media app that has really got people talking…literally!

After a year of zooms and vlogs and insta lives, a platform that is solely for speech is a welcome relief!

With no camera on, you don’t have to worry about eye contact, what you’re wearing, or where you are.

You can talk on Clubhouse while you’re doing the dishes, breastfeeding, commuting, working from your bed because it’s too cold to get up, or even when you’re out for a run…weirdo!

What’s It All About?

I first heard of Clubhouse a few weeks ago when someone sent me a message saying I could join them in the Clubhouse to do some networking.

Being in Liverpool, I was confused – I replied with ‘sounds great but isn’t the Clubhouse closed cos of the lockdown? I’d kill for hanging kebab right now though’.

Clubhouse to me is that awesome bar in Liverpool One, so I was left totally confused….and hungry!

After a series of face palm emojis, I was then invited to join the app…and what a revelation!

It’s still in its BETA phase – meaning you can only get access if you’re invited and it’s only available through Apple’s App Store.

This exclusive, audio app allows you to move around virtual rooms discussing arts and culture, from popular TV shows to the state of the music industry.

Drake, Oprah, Gary Vaynerchuk and Jared Leto are all members, how could I not join!?

It’s Only on Apple? Urgh, That’s Not Fair!

OK, so yes at the moment it’s only available to Apple users which is causing a bit of a stink but there is a reason for it – and it won’t stay that way forever.

The app was released towards the middle of last year and is still in its Beta testing phase – taking something like to market is no small feat so this was launched as an MVP – a ‘minimum viable product’.

We all know that it takes a lot of hard work and dedication to become an overnight success so think of this phase as if it’s a band starting out doing the rounds of working men’s clubs.

It’s a smaller, more manageable version of what their final product will be, allowing them to tweak things, collect feedback and iron out any major issues that could destroy their business.

Developing an app for iOS is faster, easier and cheaper than doing the same thing for Android so Apple gave the founders a smarter route to market…similarly being invite only allows them to manage the number of people on the app so their system isn’t overloaded.

Yay, I’ve Got an Iphone, How Do I Join Clubhouse?

Unless you have received an invite from someone you won’t be able to join until a connection lets you in.

If you download the app off your own back, then you can register a username before being advised that you’re on a virtual waitlist…you then need to sit and wait until a connection sees you’re there and invites you in.

For someone who still has flashbacks about being the last one chosen for the rounders team at primary school, the thought of being left hanging gives me palpitations.

The absolute beauty of Clubhouse being speech-based is that there’s no chance of a picture of you in a state of disarray in Ibiza 10 years ago surfacing…you see the most interesting thing is that when the live interaction is over, it is gone forever as nothing is recorded and none of it is saved anywhere.

The main rule of Clubhouse: There’s no recording of conversations and they’re not saved.

The social media networking app consists of chat rooms which are hosted by moderators – aka speakers – who run the floor, you can search out rooms that reflect your interests (anything from entrepreneurship to dating dilemmas) and you can invite your connections to join the chat by sending them a ping!

Once in a room, you can listen to people discussing the subject from all walks of life and from right around the world.

You can happily just listen in or you can be an active participant – simply use the ‘raise a hand’ button on the bottom of your phone and the moderator will be made aware you would like to contribute.

Vogue described the app‘s experience as “a dizzying bringing together of live podcast-style conversations, panel discussions, networking opportunities (some savvy people are already swapping ‘influencer’ for ‘moderator’) and advantageous multiple-room use (locked and private options are available so you can talk to pals too), the social-media app mimics real-life interactions.”

Kind of anyway, on Clubhouse, if a chat isn’t for you then you can leave quietly without making a fuss – don’t try that when if you’re bored in your weekly team meeting!

Can I Hang Out With Celebs?

Yes is the simple answer…honest to God, Tony Robbins followed me and I almost peed myself with delight!

As well as your mates, you’ll find a whole host of interesting (and not so interesting) people; from entrepreneurs, investors and marketers to celebs including Oprah, Ashton Kutcher, Chris Rock, Gary Vaynerchuk and Tony Robbins (did I mention he follows me?)

Clearly, marketing and writing are my things and there are so many rooms and peers on there that it’s impossible to keep up. I could spend all day, every day checking in and out of rooms and like any self-respecting social media app, once you’ve gone in then you come out 4 hours later gasping for water like a dehydrated goldfish.

The celebrities might not be as accessible as we’d like (and let’s face it, who can blame them) you’ll be certain to find the people who inspire you to do better and be better in your industry.

And while I have yet to come across a room hosted by Oprah, I keep waiting because when it happens, I’ll be there!

On Clubhouse? Connect with me @becwaterfield